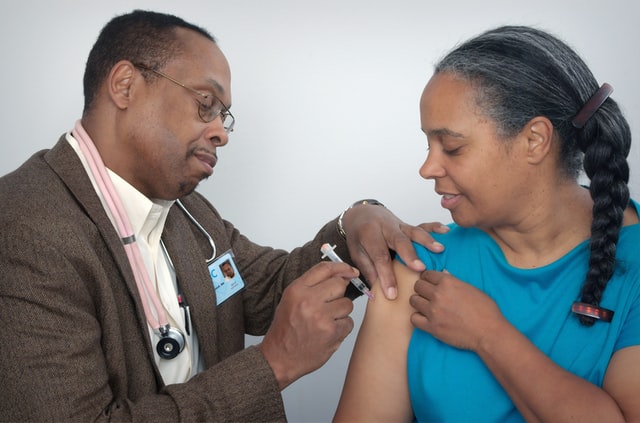 Cerebral malaria is a type of malaria that affects the blood vessels in the brains. Even though this form of malaria is not common it is one of the complications that may arise from malaria. When it occurs, it can end up being fatal if proper measures are not taken.

In this post, we will tell you all you need to know about cerebral malaria. If you are ready then let’s jump quickly to the crux of this post.

What is cerebral malaria?

The first thing to note here is that malaria is a disease caused by a parasite known as Plasmodium. This parasite usually infects the anopheles mosquito and when the mosquito bites a human, the human becomes infected. This results in several symptoms of malaria and a general feeling of sickness and discomfort. Later in this post, we will take a closer look at the symptoms and treatment of malaria.

There are several dangers associated with this condition. The most common and most dangerous of these is brain damage which could be complete or partial. For this reason, it is advised that when traveling to areas where malaria is rampant, you speak to your doctor. Find out all there is to know and take precautionary measures to keep yourself and your family members safe.

Malaria used to be one of the deadliest diseases in the world back in the late 1800s and early 1900s. At this time, many people who visited Sub-Saharan Africa and other tropical and subtropical areas became infected. Many of these people lost their lives as a result.

Today, it is quite different as malaria can be treated very easily. This doesn’t mean that malaria isn’t as deadly it just means that there are more effective preventive and corrective measures these days.

Just like every other disease, malaria has its own signs and symptoms. These are the symptoms to watch out for:

In some cases, people who experience malaria have cycles known as attacks. Such attacks begin with slight body chills and shivers which begin to get worse with time. Soon after this, they begin to sweat profusely before returning to their normal temperature.

These symptoms begin to show between 10 days and 4 weeks after a bite by an infected mosquito. However, in some cases, the symptoms may be hidden for several months if the parasite spends part of its cycle in the liver.

When should you visit the doctor?

This is one of the questions people who are exhibiting symptoms of malaria ask very frequently. The truth is as soon as you return from a trip to one of the malaria predominant locations, you should see your physician. It is even more important when you notice that you are coming down with a fever after such trips.

If you are traveling to these zones, it is also wise to see your doctor. On this visit, you should find out the best preventive methods to keep you safe. The moment you notice any of the malaria symptoms that we mentioned above, it is important that you see the doctor.

Like we said earlier, malaria is a result of being infected by the malaria parasite, Plasmodium. There are four types of this parasite which result in four different types of malaria infections. These include:

Of the four listed above, the most dangerous or the deadliest is the first one, Plasmodium falciparum. It is also one of the major causes of cerebral malaria. Since malaria is caused mostly by bites from infected Anopheles mosquitoes, let’s quickly consider the transmission lifecycle.

Asides from mosquito bites, there are several other means of transmission. The plasmodium parasite dwells in the bloodstream affecting the red blood cells. This implies that with exposure to infected blood, a person can contract malaria. Some of the ways this can happen include:

Without a doubt, the biggest risk factors of malaria are living in or traveling to areas where it is predominant. This is centered on the countries within the tropic and sub-tropic regions of the world. It is in these regions that the malaria parasite can thrive without inhibition.

The malaria parasites that are known to cause the most deadly form of malaria are located around:

While everyone in these zones is at risk, some individuals are more at risk than others. The people that are at risk include:

Other major risk factors include lack of knowledge, poverty, and very little access to quality health care. People who live in dirty environments with lots of stagnant water are also at risk of malaria. This is because the anopheles mosquito, which is the primary vector, breeds in such environments.

Did you know that people who reside in regions where this parasite is prevalent can develop partial immunity? This is because they have become too exposed to the disease that their bodies have gained immunity. The immunity does not mean that they do not get infected, it only means that the severity of the symptoms is reduced.

This partial immunity is likely to disappear when individuals from here move to foreign countries without the parasite. When such individuals revisit their former locations, they are more at risk of falling ill to malaria.

Other complications of malaria

This post is about one of the major complications that arise from malaria known as cerebral malaria. This is not the only complication, there are several others. One thing you should put in mind is that malaria is a very fatal disease if it is not properly managed. Some of the other complications include:

Once you notice any of these symptoms, it is imperative that you visit your doctor. Your doctor will administer the required drugs and it is important that you follow the prescription strictly. Not doing this puts you at risk of a reoccurrence of the condition.

There are no vaccines to prevent malaria. However, your doctor will provide you the same drugs used in treatment for prevention purposes. Always inform your doctor before you travel so you can receive the right set of drugs.

You need to take the drugs before, during, and after the trip to keep yourself immune to malaria.

In this post, we have told you about malaria and cerebral malaria. Further complications of cerebral malaria include brain damage, comas, and seizures. If you have any questions, please ask them in the comments section.

This first widget will style itself automatically to highlight your favorite product. Edit the styles in Customizer > Additional CSS.